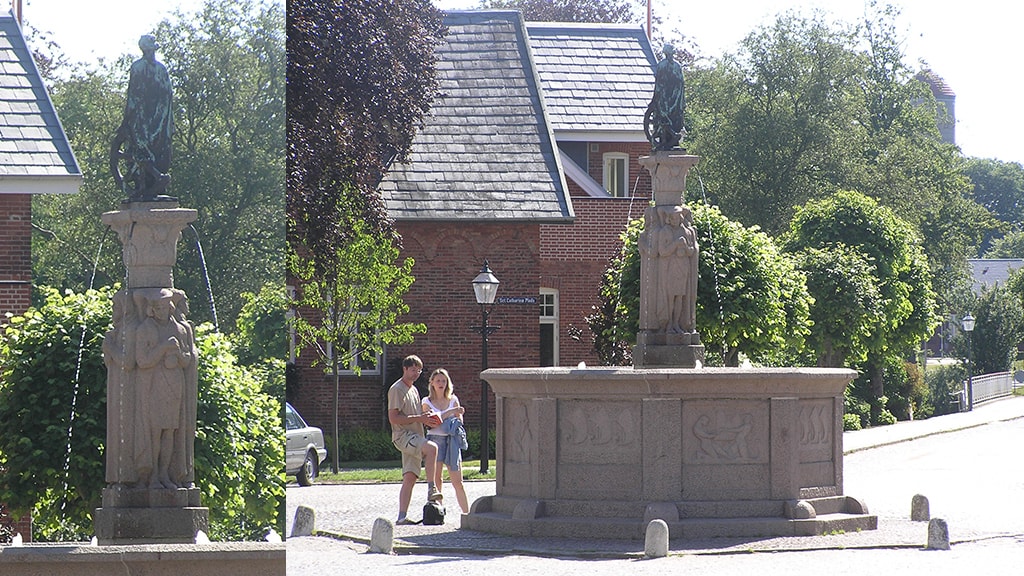 Foto: VisitRibeEsbjerg
Attractions
Monuments
The monument, designed by Anders Bundgaard (1864-1937) in granite and bronze, was raised in 1929 after the laying out of St Catherine Place.
Indirizzo

On top we see a bronze sculpture of the Holy Catherine og Alexandria to whom the church opposite was originally consecrated. She is carrying the sword by which she was killed in 306 because of her faith. Below her, made in granite, is seen a group of figures representing the historical columns of the town: the monk, the priest, the townsman (carrying his money bag) and the king (carrying the law and his sword).

On the very side of the well the history of the town is shown in eight reliefs: the theologian Ansgar and the church, the historiographer Ander Sørensen Vedel printing his folksongs, man's fight with the mermaid as a symbol of the ever threatening sea, the monk Brother Bjørn who founded the monastery by the church, and the ships that regularly put in at the port during the Viking Age and the Middle Ages.

As a whole the fountain conveys the fertile exchange between the church, the king, and the town for more than a thousand years, between the holy and the secular. In short: the unity og spirit and matter.